Who made this knive?

Hi, I have a question about the knive in the photograph below. I hope someone can help me out.

It's a Norwegian made knife that has been with me for many years. I received it as a gift from a Norwegian friend. Who, sadly enough, I can not ask about it anymore. There isn't much information I can find online about the knife. But this is what I did find: It seems to be a so called 'tollknive', the specific model is called 'Peer Gynt knife'. I have owned it for a long time and the sheath used to have a silver part on the end. As can be seen in the photograph, this has gone missing. I would like to get it restored to how it originally was. That's why I want to contact the person/company that made the knife.

There's a jewler in Norway with the same name as is seen engraved on the sheath. David Andersen. Www.David-andersen.no but they don't seem to produce/sell these kind of knives. Only silver cutlery / table knives.

So, does anyone know who made this knife? Was it a person at this jewler? Maybe a long time ago and they stopped making knives? Or was it someone else by the same name perhaps, as it is not an uncommon namen in Norway.

Any help would be appreciated.

Would like to see a picture of the knife also... Any markings on the knife itself?

Can't take a picture of my own right this moment, as it is in my camper, but find below a photo from teh web that is exactly the same as mine. The blade says 'David Andersen Norway'. 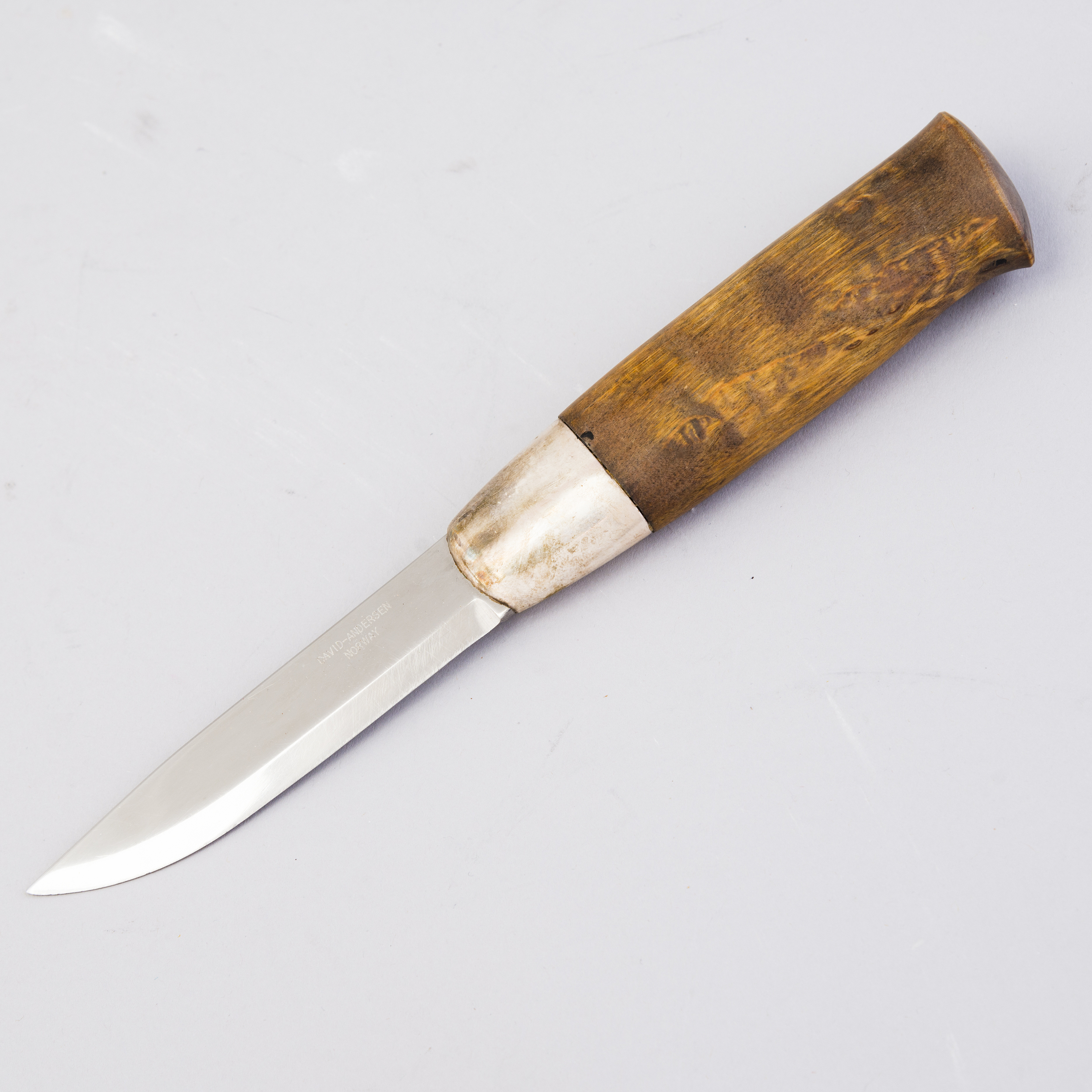 This is a photo (from an auction website) of the entire package:

It appears that these maybe were made or commissioned by that jeweler as presentation pieces with engravable silver fittings on the sheath/scabbard. One discussion I saw said they thought the blade was made by Brusletto. One site was selling an interesting one presented to VP Walter Mondale.

You might try contacting the company at the website you linked to above. They may be able to help you.