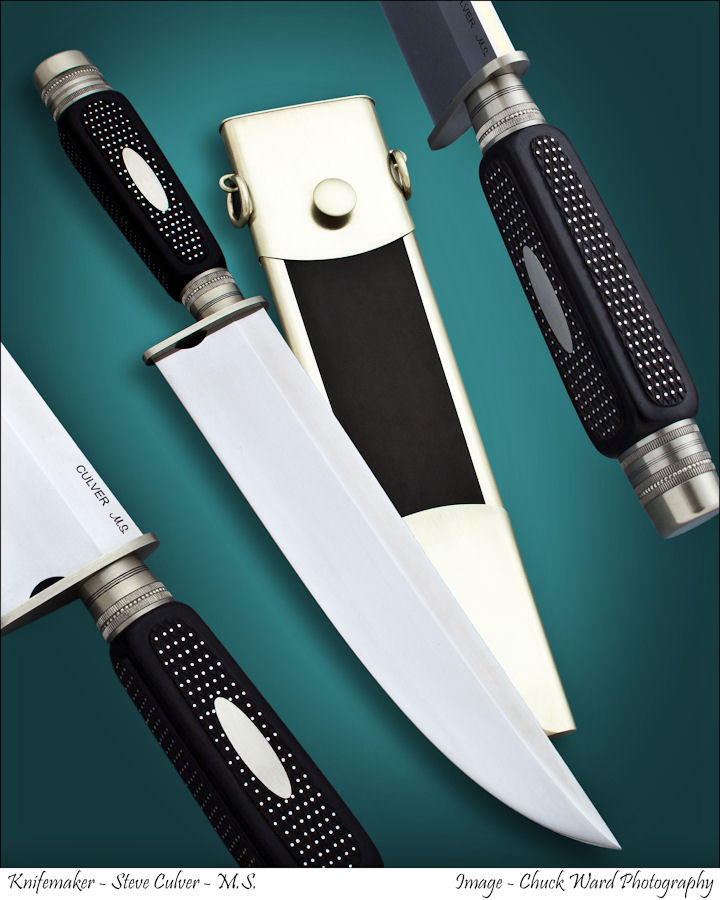 DANG Steve! That's some beautiful work. Keep it up

Thanks for the compliments guys!

This project took me WAY longer to build than I expected. I wanted to have it ready for the Blade Show and couldn't complete it in time. Working on the Searles put me way behind in the shop and delayed my starting a project that I have been wanting to build for a long time.

I got the knife built in time for the AG Russell Show. Chuck shot the photo of just the knife at the show. I completed the sheath after the Russell Show and sent it to Chuck to be photographed. Chuck used the photos, shot at different locations, to assemble the montage image. I think he did a great job with the photo composition. Thanks Chuck!!
You must log in or register to reply here.
Share:
Facebook Twitter Reddit Pinterest Tumblr WhatsApp Email Share Link
Top