Women Who Play with Knives

Women played such an important role in the development of knives over the centuries, it's amazing how little information I could find on the subject. It's even been suggested the first knife may have been invented by a woman! Everyday they use knives and pay little to no attention to this tool. Not like you Guys! But wait, these Ladies are sure to open your eyes. I'll post what I found here in it's appropriate forum, a series of True Ladydogs, starting with...

In AD 60 or 61, Boudica was the wife of a "king" who was really only an elected official in a region of Britain during the years of Roman rule. When the king died, he left his half of his land to Rome and half to his wife and two daughters.

When Rome decided they wanted Boudica's land also, she resisted. To teach her a lesson, the Romans whipped Boudica and raped her daughters. The result was a decade of gruesome warfare with an army led by Boudica, slaughtering nearly 70,000 people, both Romans and Roman sympathizers.

Boudica and her soldiers fought primarily with long swords. It was the difference between blades that eventually ended Boudica's bloody rule, as the Romans eventually overcame her army with short swords, javelins, and organized fighting tactics.


It is believed that Boudica ended her own life with poison to avoid capture. She was before Joan of Arc!

Check back to see who the next-knife wielding Babe is going to be!

Long live the blades of justice.

Here are some more blades of justice. Historically, women have played an important part in military battles. Though little reference is given to the weapons used, one can only assume that knives, swords and axes were part of the equation. Here is another gal who needs to be mentioned. She should have been listed before Queen Boudica because she fought in 13th century BC.

Fu Hao led 3,000 men into battle during the Shang Dynasty. With up to 13,000 troops and the important generals Zhi and Hou Gao serving under her, she was the most powerful military leader of her time. This highly unusual status is confirmed by over a 100 weapons unearthed from her tomb - long range bows, double pointed lances, spears, pikes, long bladed sabres, short swords, daggers, helmets, shields. The most interesting was four battle axes - the symbol of highest military prominence. 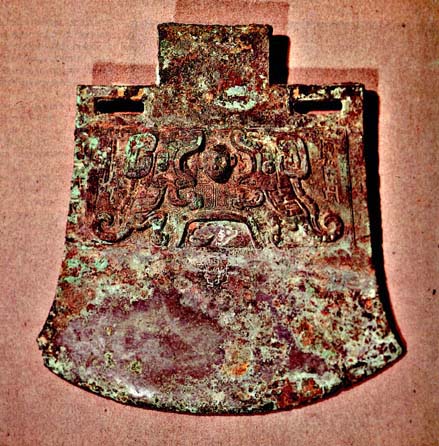 Lady Fu Hao and a Bronze Ax found in her tomb

How about these women?

In 101 BC – General Marius of the Romans fought the Teutonic Cimbrians. Cimbrian women followed the men in battle, shooting arrows from mobile "wagon castles", and occasionally left the wagon castles to fight with swords. Marius reported that when the battle went poorly for the men, the women emerged from their wagon castles with swords and threatened their own men to ensure that they would continue to fight. After reinforcements arrived for the Romans, the Cimbrian men all were killed, but the women continued to fight. When the Cimbrian women saw that defeat was imminent, they killed their children and committed suicide rather than be taken as captives.

Let's fast forward to the present century. What I was really looking for, was more in the way of pictures, rather than a history lesson, because let's face it KD's demand pictures!

This Gal will sure impress you. I live near Bridgeport, CT, home of P.T. Barnum. Edith Clifford joined the Barnum and Bailey Circus in 1901 as a sword swallower. Here's more.

Edith was born in Boston Massachusetts on November 22, 1886. Clifford began swallowing swords in 1899 at the age of 13 after learning from sword swallower Delno Fritz, and was said to have swallowed 18 to 20 inch blades without a problem, and a longer blade up to 26 inches long. Edith swallowed a variety of swords, bayonets, a serpentine blade, large straight razor, saw, and a sword sandwich of up to 24 swords. She performed for 28 yrs. Here are some pictures. 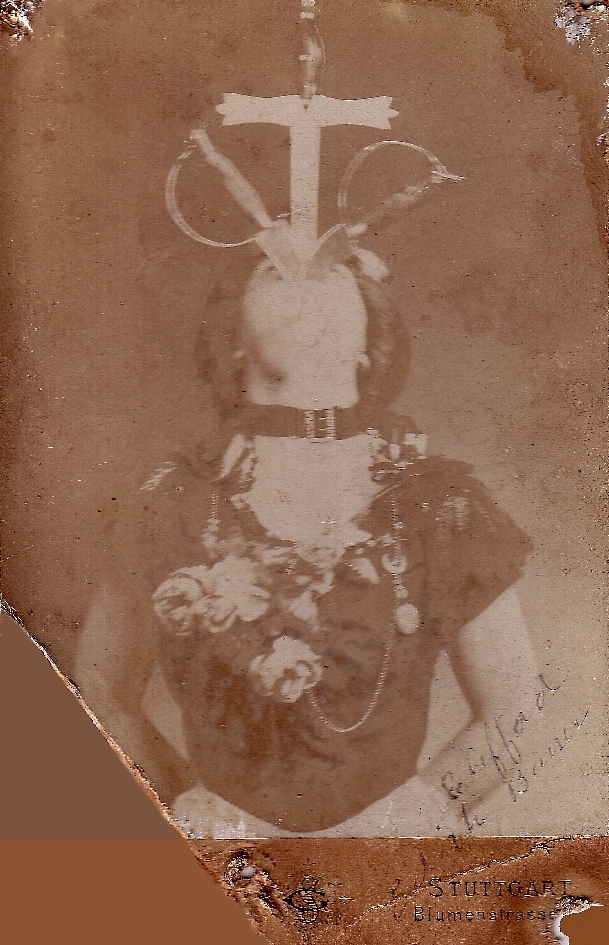 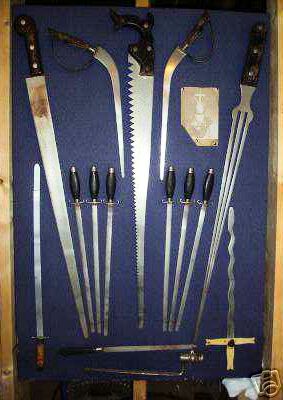 Tools of Her Trade

Cathy,
I now have indigestion from looking at that picture. LOL
I love working with steel, Swallowing it is another matter!
Keep looking for famous ladies in steel!

Interesting information. I love history of any kind, but especially when it refers to weaponry.

I just have to wonder....who was the first person to "swallow" a sword....and why?
I wonder if they yelled "Hey ya'll, watch this!"

Well, if swallowing swords isn't your thing, how 'bout being on the receiving end of a blade? Check out
Caroline Haerdi - Knife Thrower

Caroline is a tall, statuesque Swiss. She often wears ankle-length evening gowns and poses holding handfuls of long, gleaming blades. Her target -Arno Black, her mentor. There aren't many women knife throwers out there (must be a lack of human targets) but there is an International Knife Throwers Hall of Fame (IKTHF) where some of the women & men, throw knives, axes etc. at non-human targets. Here are pictures of Caroline. 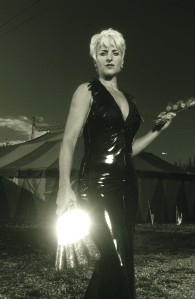 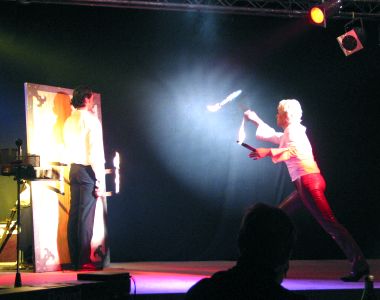 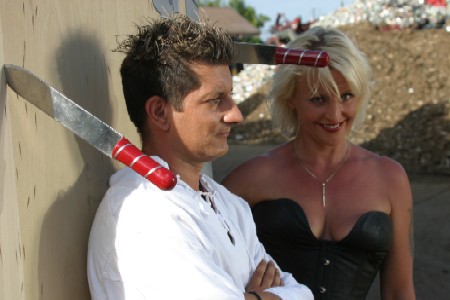 I'm having a hard time keeping my list to a minimum, turns out there are more women than I thought, Playing With Knives!
Last edited: Apr 5, 2013

If these other women didn't impress you, then take a look at this girl. She's so cool!

This young Chinese Chef doesn't even realize that she's being tape 'til near the end of the video. Then she smiles, almost embarrassed to be filmed.

Ok, you can pick your jaw up off the floor now!:biggrin:

WOW!
Ok Dear! What ever you say is fine with me!
I don't think anyone in that kitchen argues with her! LOL. :jawdrop:

Modern Arnis is a term for the traditional martial arts of the Philippines that emphasizes weapon-based fighting with sticks, knives, other bladed weapons such as Bolos (machete), and various improvised weapons. It also includes hand-to-hand combat and weapon disarming techniques. Just goes to show ya, one of my favorite sayings, never under-estimate ANYBODY!

knifecarver said:
If these other women didn't impress you, then take a look at this girl. She's so cool!

This young Chinese Chef doesn't even realize that she's being tape 'til near the end of the video. Then she smiles, almost embarrassed to be filmed.

Ok, you can pick your jaw up off the floor now!:biggrin:
Click to expand...