Some of you may remember a couple years back, I posted a thread about blades packed in a potentially dangerous manner. (Grrrr.... why won't my <enter> key work?) A package arrived today - over three feet long. I'm not expecting steel and my kilns are only 22.5" deep. 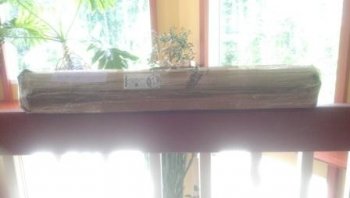 (<enter> key still won't work) It has a postage stamp from a military town. <gasp> - an unexpected large parcel from Wainwright. What if some poor PTSD soul has flipped out and sent me an IED? :what!: Well, it's three full layers of corrugated cardboard around what appears to be a crude pipe bomb. The end caps won't come off. 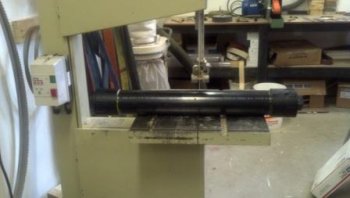 errrr... maybe this is a bad idea. I've never been military, but I don't think sparks will set off C4 - BUT, I have played with large amounts of black powder. :biggrin: OK, lets try something else - big vice and a pipe wrench. 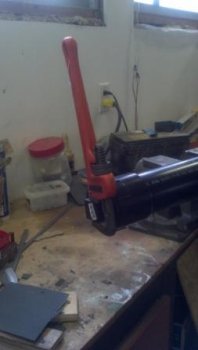 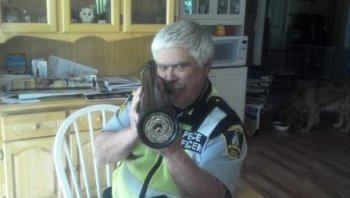 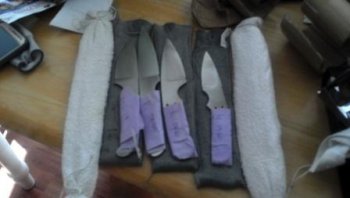 Six VERY SAFELY PACKED BLADES. :35: Thanks Steven. The post office and I both appreciate your efforts. :thumbup1::thumbup1:

I've been having enter key problems too. Turns out there are some compatibility issues between Internet Explorer 10 and vBulletin.

Use safari or firefox

click the "Switch Editor" button (first one on far left that looks like to capital As: A/A

Should be able to return lines after that.
R

Not only is it secure and safe....it's comical too.
Most times I send out a knife I'll use the thick carboard tubes, pack the knife and sheath right in the middle and cram fill into both ends tightly. Then air staple or screw the wood plugs in each end. Then a multiple secure duct tape wrap with the adress on it, for the coup degrace it's into flat rate box. The comments from the recipients have been hilarious, they're peeing their pants to get into it but have to work at it. It's a break in boredom for me.

All is well that ends well!
I do think they went a bit overboard on six unsharpened blades.

Thanks for the tip Andrew.

It works. Hopefully, Vbulletin will adjust. (I think IE is something like 75% of the market)

Laurence, you are so right. I do get a little PO'ed when a package lets a blade poke through, but it's never happened twice to the same maker, so people are obviously making good adjustments. I've seen some really cool solutions (like this one). The post is about the fun - hope that was obvious.