I started collecting USA-made knives with a patriotic theme a year or so ago and here is what I have so far. About 26 knives from 14 different manufactuers. 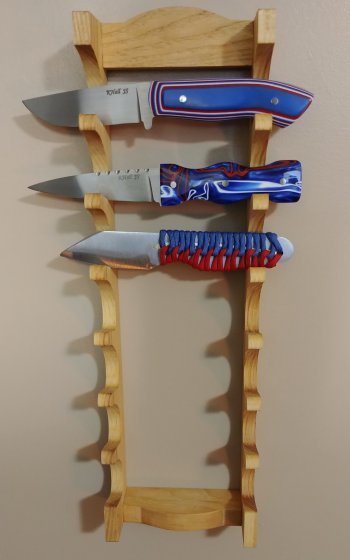 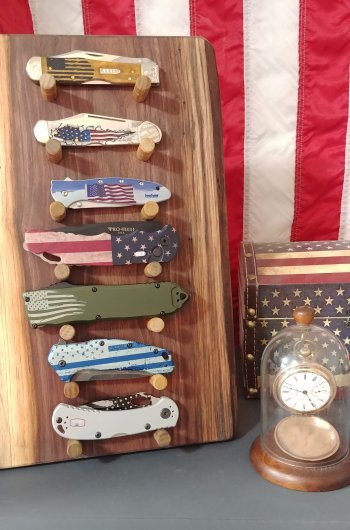 Note the Sgian Dubh with beautiful kirinite red, white and blue handle made for me by Ken Hall in North Carolina

I highly recommend his work!

Middle: an older, but new in box (circa 1976) American Eagle stockman knife (made by Schrade in US at that time). It's a Thomas Jefferson commemorative. Says 'we the people' on the eagle on knife handle and Thomas Jefferson with birth/death dates on the clip point blade. The other two blades are a sheep point blade and spey blade.

Bottom: my first neck knife... A model called the Cuda, also made in USA by Camillus. 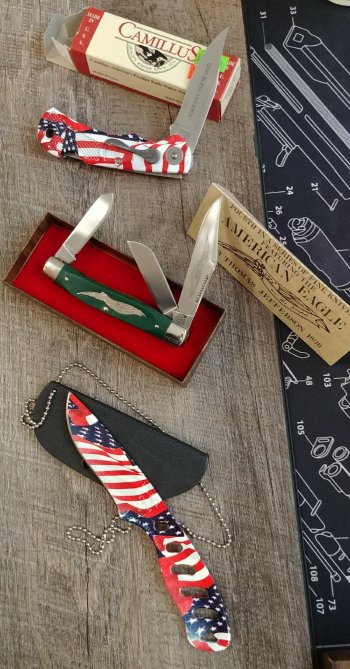 Added these throwing knives to my collection of USA-made patriotic-themes knives. Had them designed and made by Ken Hall in North Carolina…

I highly recommend his craftsmanship 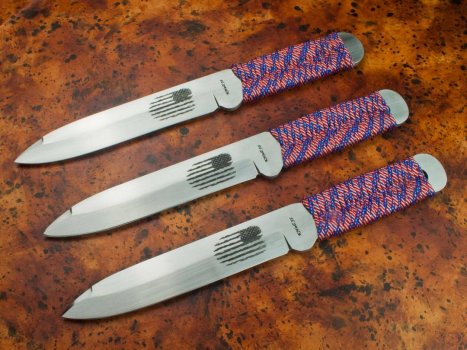 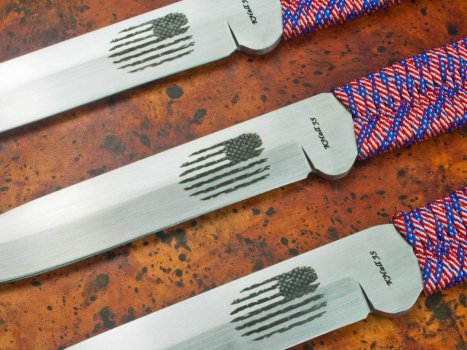 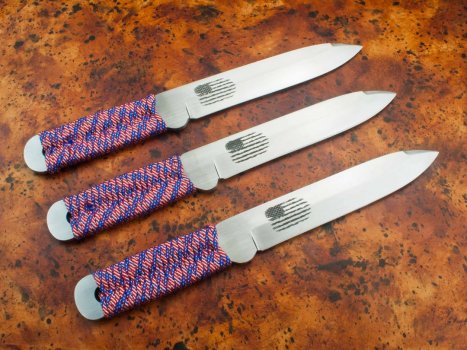