any one know any thing about this knife 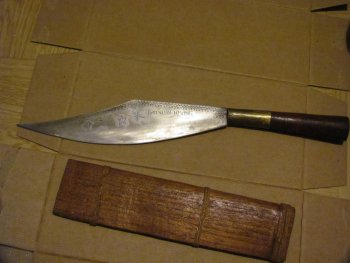 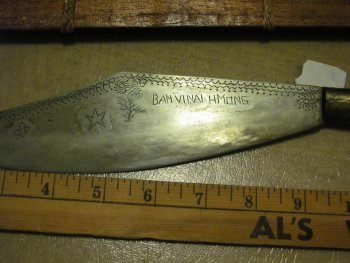 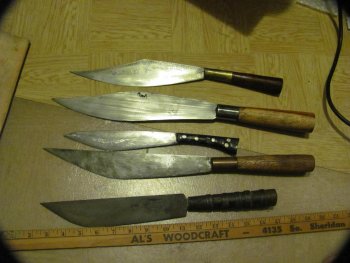 Very effective at slicing and hacking is what I know.
I saw a few similar blades in northern Thailand in 70-71 I was quite young and there with my father visiting for a few weeks from where we lived in Penang Maylaysia at the time.

The locals could clean a path through the jungle in a hurry with one of those. Also slaughter dinner and get the fire going too!

in Tulsa Okla. where we have a very large south east Asian population. my next door neighbor is Hmong. she keeps after me to make her some knives. she told me that Ban Vinai was a camp in Thailand where she had lived before coming to the U.S. she said that she and here family were there for 5 years . she is from Laos. i really like the knives from S.E. Asia, the Philippines and Malaysia in the group photo the bottom knife is which seems Montagnard to be a catch all word for the over 50 tribes that live in s.e. Asia.

Gary, I just realized you live in Tulsa. I'm just up the road in Owasso. Holler if you are doing a show or something in Tulsa. I'd love to come say hi.

Montagnard is French for mountain people or something close to that from the little history I know of these people and area. They were pushed out of their tribal areas when s. Vietnam fell to the Communists. Many found with the usa and paid dearly for it.

Yes, there are some great designs in tools, weapons and cutlery from that part of the world.

i seem to be drawn to that kind of knife culture. twss, if i ever get set back up i will let you know.
U

Old thread but for the record Ban Vinai was a refugee camp in Loei province in northeast Thailand. It was a few kilometers south of Pak Chom, which is next to the Mekong river. It was about 50 miles due west of Vientiane, the capital of Laos.

Initially it was mixed Lao and Hmong but the Lao were moved to a camp in Nong Khai. The camp grew to perhaps 20,000 people at one time.

I worked in the camp interviewing refugees for resettlement in 1979/80. When I was there, there were two blacksmith sheds that I was aware of. Each one had several forges. I bought quite a few knives, like the 3 in the center of the last picture. I would buy files in the main town that was about 50 miles away and bring them to the camp.

One guy made me a knife and stamped my name on it. I insisted that he put his name on it as well. Sia Ge Vang.

This is Ban Vinai circa 1981 before the population grew tremendously. There were several more camps in Thailand. One in the north in Nan province has some Mien (Yao) hill tribe people. I have two of their knives and they are beautifully made. 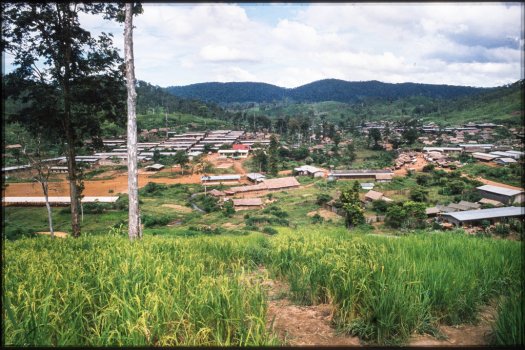 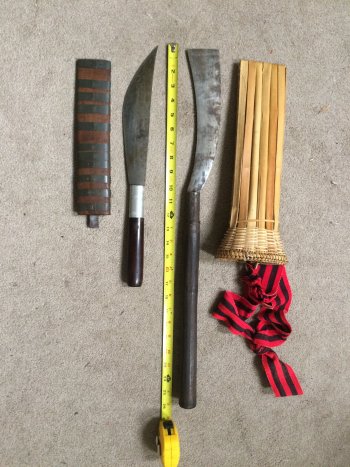