Hello again from Dave Clark..
I have been absent from knife making for the last 20 years or so..
My first knife was made in 1988 and later became a full time maker in the nineteen nineties while residing in North Carolina..
I have a bit of free time now, so I have been turning out a few straight knives and folders..
I used to make Liner locks, but now I’m doing lockback folders..

Welcome back! I just returned recently from a 10-year absence myself...

Love to see some of your work.
W

A mastodon liner lock I made 20 years ago ..

My first lock back, since returning to knifemaking. 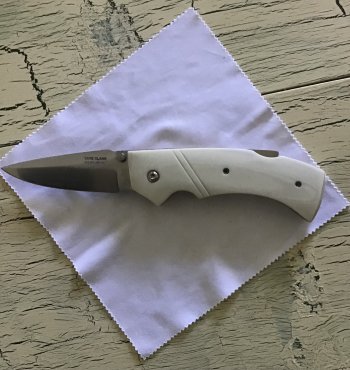