Not gonna lie, I know next to nothing about knife’s, jump over here from a metal detecting site and just curious if anyone has seen this knife before and how old it is? 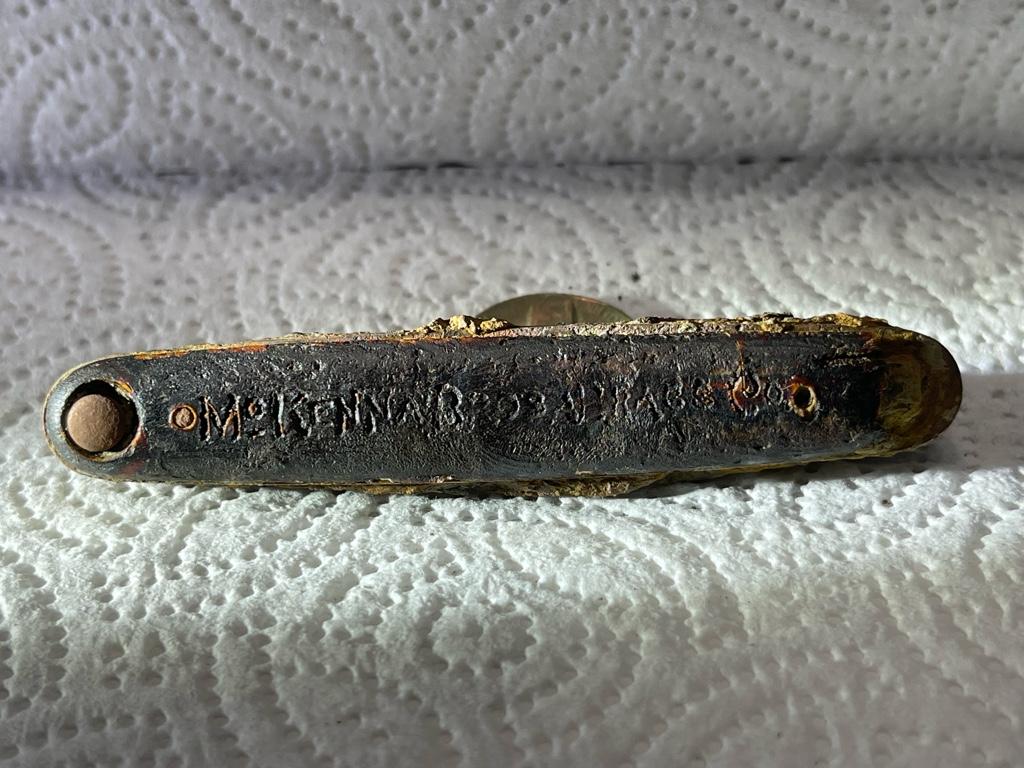 Went by our local park this week (Lebanon Ohio) that was built in the 1800’s and seen that they had torn out the raised padded area of the whole play ground down to the original dirt/clay, pulled out my Garrett AT Pro and jumped into the foundation, hit a few Wheat Pennys, 1912, 1914, two 1917’s and a whole pocket of clad, this pocket knife was the most interesting find, it was buried 12+ inches deep in a green clay, it says “McKenna Bros Brass Co” on one side, “Blue Chip” on the other, found the history of the company on the internet, McKenna Bros Brass Co. was founded in 1899 and became McKenna Metals in 1938 so I’m guessing it has some age to it, they go under the name Kennametal today out of SC, anyone have this knife in good condition I could see?

Sent from my iPhone using Tapatalk 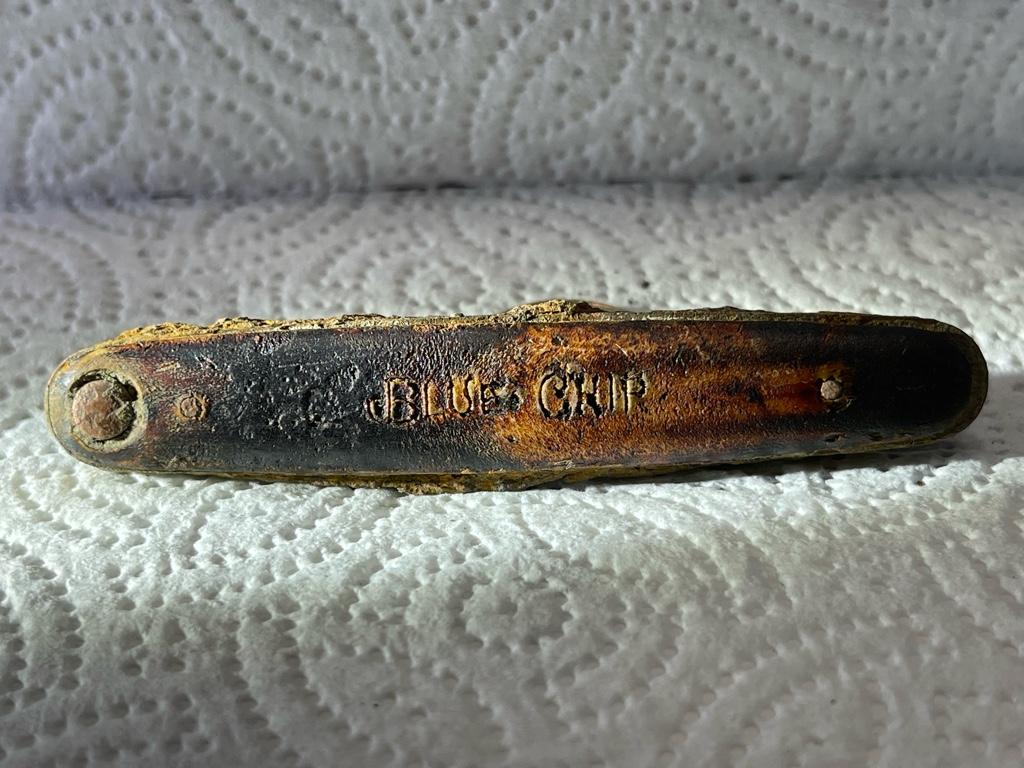