This is one of favorites from my collection of factory knives. Case made the M-1 survival knife for NASA and these were carried on every manned Apollo and Gemini space flight. One went to the moon with Neil Armstrong.

They chose a big survival knife because in those days the space capsule returned to earth by parachute and there was a possibility that it might land in a remote area or jungle. It is 17" long overall and has a 11 3/4" blade. It features white polypropolene handles (the lightest plastic that gives off no toxic fumes in case of a fire) and saw teeth along the back of the blade. 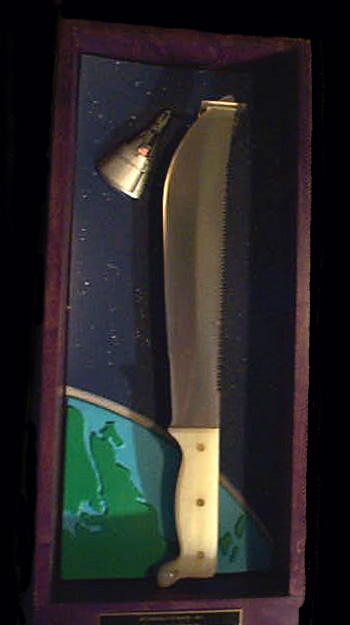 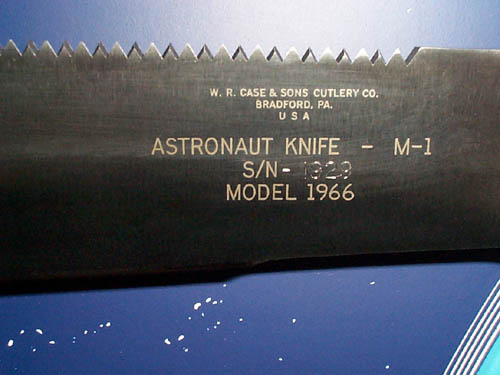 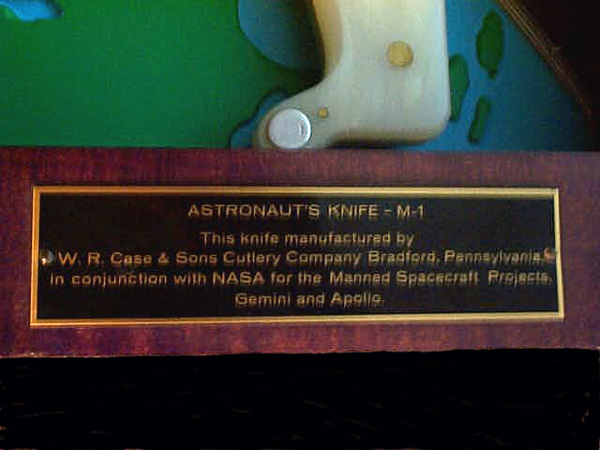 In 1983 Case produced a special "2nd run" of 1000 knives commemorating NASA's 25th anniversary. The anniversary knife is identical to the original M-1 except that the blade has been etched with a special color logo.

Had no clue. Thanks for the history lesson!

That's pretty awesome stuff! Thanks for sharing with us... I am intrigued by all-things-NASA and worked 21-straight days on the end of the Columbia recovery.