I know there are a bunch of threads out there on belt selection and I have read through a lot of material. What I am wanting to know is from you experienced guys what your first hand experience is and what you would recommend for my application.

I have a guy wanting me to put the primary grind and final bevel in 300-500 knives before the end of the year, so this will be more of a production knife. It is a very strange shaped fillet knife (with a re-curve), so it was quite the experience. Anyway, it will be 1095 or 1084 CRA steel, so is pretty easy to grind. But in this business, its is all about cutting time down to increase profits as you all well know.

So I read most of Tracy's write up at his website, and part of it stuck out to me " If you are grinding .140 to .120, consider starting with a 60grit belt or even an 80 grit belt. If you are grinding under .10, 80 grit will go a little slower but you will have more control. Sharp belts will take metal off quickly and you dont need much bigger than 80 grit when you are grinding thin blade stock. You will probably find 120 grit is the belt you tend to use the most of. 120 is just a good all around grit to use for touch ups and gives you control when shaping your blade."

These blades will be 1/16" to 3/32" thick... but 50-60 grit doesn't seem to get down quite as fast as I would like. I ordered a 60 grit Cubitron II (984f) that I still have to try to see how it performs. I have been using a 24 grit ceramic belt which works well, but the belts don't seem to hold up well (one popped on me and another one frayed on the edges and some abrasives came off). I would like to just do the 60 grit to 180 jump if I can and call it a day... don't know how it will work out. What do you think would be most time efficient? I have a 3m AO belt coming as well as they are only $3-4 and I can use them less and trash them since it may cut faster that way.

These blades will be coated with some type of paint or something after I'm done with them, so I don't think I will need to go above 400 grit, thinking somewhere between 180 and 400?

here is one I've done just to give you an idea... 180 grit finish. Lighting's not really right but oh well... 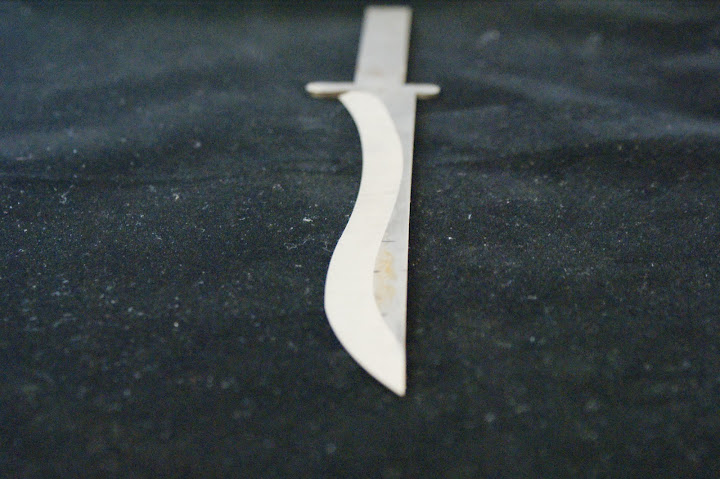 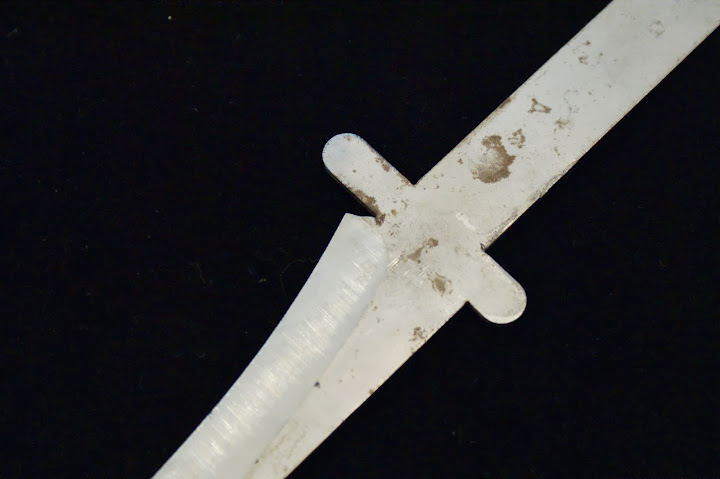 Both VSM and Norton have ceramic 60 belts in the $5.00 range. I would suggest trying those. If bossdog doesn't have them try www.trugrit.com in Ontario Ca. That's where I get mine. Call them if you don't see them on the site.

Norton also has a 220 grit ceramic in that budget belt line up that I suggest you give a try for that finishing belt. I get good results from them.
Good luck.